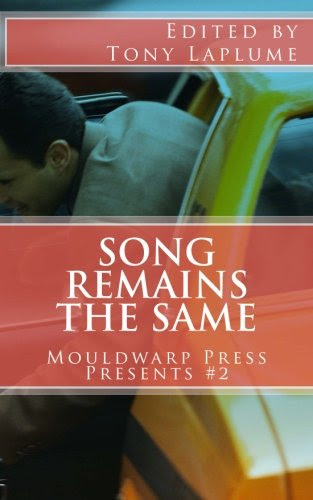 The second volume from my Mouldwarp Press Presents anthology series has been released, in paperback and Kindle editions.

Included is the first publication of my Tim Laflamme stories, a character also featured in my In the Land of Pangaea manuscript and The Pond War project, who will also be the focus of two short tales to be included in the WriteClubCo anthology to appear at some future date.

The other story is from David Perlmutter, who previously contributed to "Project Mayhem," the first volume in the series.  Perlmutter is incredibly prolific and has landed an incredible number of stories in various anthologies.

The Submissions page has been updated with information about the next anthology, "Barbarian Translation," which focuses on variations of The Iliad.
Posted by Tony Laplume at 12:18 PM